Upcoming Concerts in Minneapolis You Don't Want to Miss 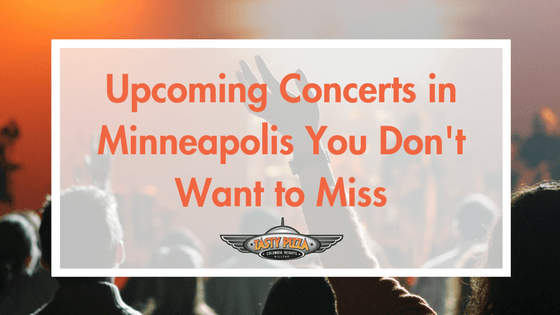 Summer is officially here, which means concert season is in full swing in Minneapolis. July is a packed month for shows, so don’t miss out on listening to some of the biggest music acts like Ed Sheeran, Bruno Mars, Toby Keith and more to start your summer.

Here’s a line-up of the most notable events announced so far:

Don’t see a name you like? No worries — plenty of other artists are visiting Minneapolis in July, including Ann Wilson of Heart, The Goo Goo Dolls, Wiz Khalifa, Santana and more.

Concert season in Minneapolis will continue in August with visits from several country artists, as well as Bruno Mars. Find out who’s visiting below:

Tons of other acts, from Justin Bieber and Lady Gaga to Coldplay and Pat Benatar, are also coming to Minneapolis this summer. If you catch one, consider stopping in for a pizza and craft beer at Tasty Pizza, home to the tastiest pizza in town.