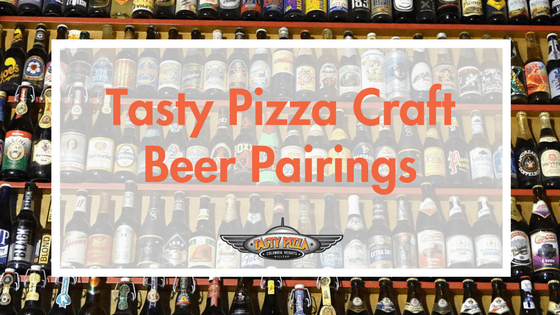 Pairing pizza with craft beer is a must. Not only does the crust, sauce and cheese of the pizza complement your beer, but your brew’s flavoring highlights your pizza’s toppings for an unmatched taste bud experience. At Tasty Pizza, we offer 18 beers on tap, many of which are craft beers from local breweries.

Check out which craft beers you should pair with our savory pizzas the next time you stop in:

Brewed by the Summit Brewing Company, Summer Ale is a Kölsch beer. Kölschs pair great with vegetable pizzas because of their crisp, clean bitterness and fruity, floral hops that complement the onions, mushrooms, olives and green peppers on our Veggie Pizza.

Produced by the August Schell Brewing Company, the Fort Road Helles lager is a great craft beer to enjoy with our Tasty Highlight Pizza, which features sausage, green pepper and onion. The lager’s caramel flavors pair well with sausage and doesn’t overwhelm the flavor of the onions and peppers. Hell by Surly Brewing Company is another lager we recommend pairing with our Tasty Highlight Pizza.

Brewed by the Jacob Leinenkugel Brewing Company, Summer Shandy will become your favorite craft beer if you’re a fan of our Bacon Cheeseburger pizza. The wheat beer has a citrus, yet spicy flavor that gives the bacon, hamburger, pickles and onions on our pizza a kick

Able Seedhouse and Brewery’s Four Cords’ ale has a meaty, earthy flavor that pairs well with mushrooms, which is why we recommend eating our Single Topping Pizza while you sip on Four Cords. The ale adds some sweetness to mushroom pizzas.

At Tasty Pizza, we offer the above craft beers and many more. So, if you can’t stop thinking about delicious, thin-crust pizza and crisp, cold beer, come visit us at Central Plaza for the tastiest pizza in town.