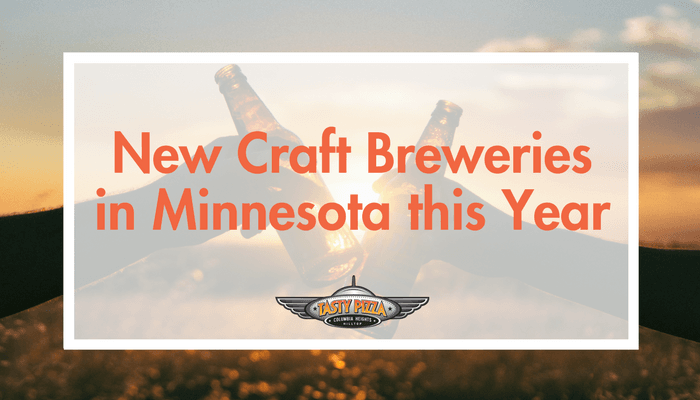 Here are three of the newest entrants in the Minneapolis craft beer market:

We couldn’t be happier that Finnegans Brew Co. opened its doors this year. This company is committed to giving back to the community. In fact, 100 percent of this brewery’s profits goes toward feeding the hungry. You read that right — every penny of this company’s profits helps people in need.

Even if you’re not a fan of beer, you can still help this local brewery fight hunger by purchasing some of its gear. The brewery’s product line is impressive. From t-shirts to LED signs to creatively shaped pitchers, baseball hats, bottle openers, men’s and women’s “showels” and more, you’ll find something you want in Finnegans Brew Co.’s online store. You can even order a dog collar from Finnegans Brew Co.

Headflyer Brewing produces some tasty IPAs and other beers that are sure to please even the most discerning beer connoisseurs. The company’s golden ale, None The Wiser, boasts citrus flavors that stem from Amarillo and Cascade hops. Freckled, the brewery’s amber ale, is nothing short of a delicious, caramelly treat for your tongue. Heavy D, a double juicy IPA, will have you coming back for more every time you enjoy this great beer.

Utepils Brewing is another fine brewery that recently opened in Minneapolis. Part of the city’s Harrison neighborhood, this brewery is located near three area parks and Basset Creek on Thomas Avenue North. The brewery’s taproom is open every day, making it easy for you to sample beers that are destined to become your new favorites. This brewery has quickly become known for producing a nice range of fantastic beers, including Czech, Belgian, Dusseldorf and Bavarian-style brews.

With so many great entrants in the Minneapolis craft beer market, which one will you try first? Let us know which beer you try, the brewery that made it and what beer is your favorite on our social media pages. At Tasty Pizza, we’re always on the lookout for new beers produced in our home state. If you know of another new brewery in Minnesota, let us know about it!