Evolution of Flavor — How Beer Has Changed Over the Years 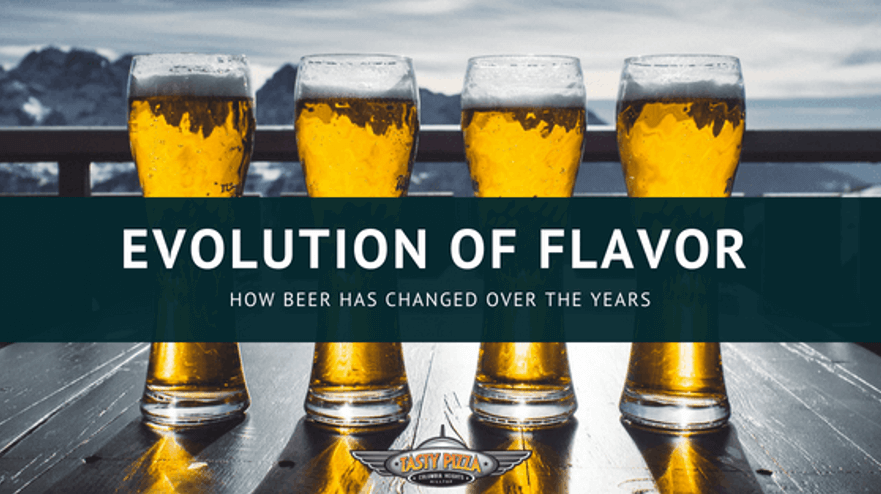 Are you a beer lover? When it comes to kicking back, enjoying a Vikings game and relaxing with friends in your living room or getting rowdy with other football fans at the bar, there's nothing better than sipping a few cans or pints of your favorite brew. Whether it's Friday happy hour, Sunday football time or a quiet moment to yourself, the best beer keeps you warm through these long Minnesota winters and cools you down when summer comes back around.

There's nothing you know better than the taste of your favorite beer flavor, but how much do you know about its history? Not all brews are created equal, and the flavors we've come to know and love have changed over time. From the top beer ingredients to how beer has changed over time, here's a breakdown of beer evolution:

The History of Beer

Beer brewing and drinking began almost as early as human civilization — in fact, some anthropologists even believe that early people moved away from hunter-gatherer societies and settled into agriculture in order to be able to grow large quantities of grain to refine more beer. Alcohol occurs naturally in fruits, but one of man's most important discoveries was a method of creating and fermenting sugar into alcoholic beverages without needing any fruit or honey to begin with — what we know now as brewing.

Beer brewing originated as many as 5,000 years ago in the Mesopotamian region, where grains grew wild in the grasslands with the help of rich soils. People gathered these grains to make bread and discovered their propensity to be soaked, fermented and brewed into beer, a filling, delightful beverage with mood-altering properties and a healthy, heavy ability to sustain people. To hone the production of this beverage, tribes settled and created an agricultural system — and beer began to spread throughout the world, becoming more complex in ingredients, process, flavors and popularity.

Today, we brew beer with all varieties of grains, spices, flavorings and specialized processes to create more varieties than our ancestors may ever have thought possible. To create the finest brews, we use our tastes and technology to mill specific grains, mix them with heated water, separate the husks from the sweet liquid component, boil the liquid, ferment and mature the beer into the brews you love.

Depending on the season, brewing company, region and a variety of other factors, so many ingredients can go into a good brew. The basic components of beer are water, a starch or grain source, a yeast for fermentation and a type of flavoring to give the brew its signature taste. Some ingredients commonly used to flavor beer include:

As beer has evolved, so have people's preferences and tastes — and this subsequently affects what ingredients and flavors brewers and craft brewers choose to sell.

For example, while hops used to be more popular, recent taste trends show a preference for lighter, softer beers with reduced hops, and while Americans used to prefer the reliability of a classic, mass-produced American beer flavor, sales of imported beers have been at an all-time high in neighborhood markets — meaning people are becoming more experimental and refined in their tastes, choosing distinctive flavors and independent brews rather than the standby.

With changing tastes, beer companies begin to alter their brewing formulas, add new ingredients and offer new, more distinctive brews, contributing to the ever-changing face of the brewing industry and beer flavors. What's your favorite brew? Head to our social media pages to share your thoughts on beer evolution!