A Guide to Vikings Football 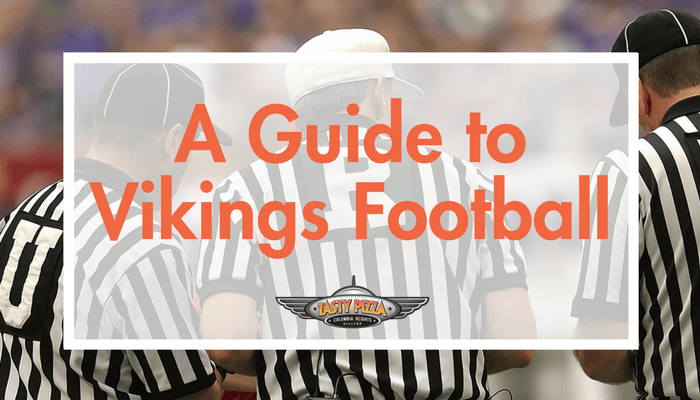 What’s the key to being a fan of the Minnesota Vikings? To be honest, there are several. You must have plenty of perseverance. With temperatures dropping well below zero — sometimes in the double digits below zero — just in time for tailgating on occasion, you must also have plenty of heartiness. Loyalty, a love of football, a Helga hat and a great attitude are also prerequisites for most fans.

If you have what it takes to be a member of the Minnesota Vikings’ fan base, you’ll be welcomed with open arms by others who share your passion for Vikings football. If you’re a new fan, you may need some advice that will help you fit in with other Helga hat-wearing fans who love Minnesota football.

Here are five things you need to know to make the most of being a Vikings fan:

1. The Best Places to Buy Tickets for Game Day

If you’re looking for single-game tickets, you have several trustworthy options for picking some up. You can buy tickets directly from the Vikings’ organization at Vikings.com. You can also find tickets at various other websites, such as Cheaptickets.com, Tickpick.com and Stubhub.com.

Of course, heading down to the stadium on game day is a great way to score tickets from scalpers at the last minute. Picking up tickets this way does more than get you into the stadium. It also gives you the chance to meet fans and get pumped up for the big game with people donning the Vikings’ signature color — purple.

2. What to Bring to the Stadium

Attending a game at U.S. Bank Stadium is a fantastic experience. You’ll not only enjoy what’s sure to be a good game, but you’ll also get swept up in the enthusiasm and frivolity that are rampant in the stands.

While the environment in the stadium is awesome, you’ll still need to bring a few things with you to stay comfortable when it’s cold outside. Even though U.S. Bank Stadium has a roof, you need to survive tailgating in frigid temperatures before you make it indoors on some game days. Be sure to bring a warm jacket, a blanket and a hat — bringing some beer and great food won’t hurt, either. If the chill gets ahold of you before the game, don’t be shy about bringing a blanket into the stadium, especially if it’s purple.

Don’t forget to bring some lozenges with you, even if you’re feeling fine. If it’s a typical game, you’ll cheer a lot and you may need a cough drop — or a whole pack of them — to refresh your throat throughout the game.

3. Where to Buy a Helga Hat

Nothing screams “Go Vikings” louder than a Helga hat. To show your support for the team, you should pick one up before you head to the stadium. Plenty of retailers sell Helga hats, including the team’s store, Vikingsfanshop.com and Domeplus.com. You can even find some on eBay.

When you're a Vikings fan, keeping up with team traditions is key. If you're new to the game, you should do a little research on what to expect and how to participate so you can get caught up and get involved in the enthusiasm without surprise or confusion.

Minnesota Vikings traditions change over time, and the dome and blaring music that used to characterize the start of every game are gone with the shiny new stadium. But the heart of Viking tradition still remains. When every game begins, the giant Gjallarhorn blares to mark the start of the excitement, and it continues to sound throughout the game to rile up the crowd. Make some noise!

In addition to the deep timbre of the horn throughout the game, cheering fans make up a big part of the action. Vikings football fans' signature chant is "SKOL," a Danish, Norwegian and Swedish word meaning "cheers" or "good health!" It brings good luck and good spirit to the game, so get chanting — and don't be shy! Vikings fans have no problem using their whole lung capacity to cheer on a good game.

5. Rivals to Rage Against

If you're going to be a Vikings football fan for the good and the bad, knowing how to bundle up, what to expect and when to cheer, you also have to know where your loyalties lie. And when it comes to opposing teams, the Vikings have plenty of rivalries. What can we say? We hold a grudge, but only because we know we deserve to win!

The Green Bay Packers are our number-one rivals. Not only do we share a division, but the Packers also have 65 rival points over the Vikings, their home state of Wisconsin borders Minnesota and Brett Favre played for the Packers first — so the Vikings are always out to prove we're better.

The Chicago Bears are another division rival of the Vikings, although they don't share the same bitter history. The New Orleans Saints and the Vikings share a rivalry dating back to the 2009 NFC Championship, when the Saints intercepted Brett Favre in the final minutes of the game, going on to beat the Colts in the Superbowl — which would have been the Vikings' first Superbowl had we won the Championship game. We're still waiting for our chance.

The Detroit Lions also share the same division as the Vikings, so we're rivals by default more than because of any bad blood. The Dallas Cowboys are a slightly more tense rivalry because they hold a 14-16 edge. As fierce competitors, we have plenty of other rivals as well. If you want to be a Vikings fan, you have to share our hatred for the Seahawks, Redskins, Patriots, Buccaneers and Giants.

Being a Vikings fan is a labor of love, but we do it because we believe! What do you think it takes to be a fan of the Minnesota Vikings? Visit our social media pages and let us know now!