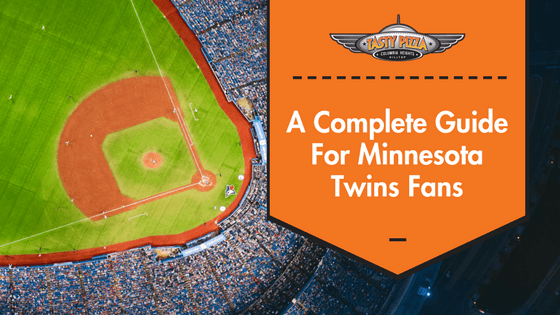 One of the best things about being a Minnesota Twins fan is that the beginning of baseball season marks the change from a brutally cold Minnesota winter to a beautiful spring marked with baseball games, team spirit and lots of peanuts and beer. See below why Minnesota Twins baseball fans are the best in the MLB and how you can be a better fan for the upcoming baseball season.

A great way to celebrate the Twins before the season even begins is by attending TwinsFest. This event celebrates the Twins with interactive, behind-the-scenes activities, and over 60 past and present players are expected to attend.

One of the best parts of being a Minnesota Twins fan is that no matter win or lose, fans will flood Downtown Minneapolis to celebrate their team. If you haven’t been to a game, book one in the middle of summer when you can fully take in the amusement. There’s nothing like the fog of celebratory fireworks surrounding you in the street while you enjoy a beer and high five other fans you’ll probably never see again. These are the moments that remind us why we love being a baseball fan.

When you’re a Minnesota Twins fan, you’ll never have a shortage of fellow fans. The Twins fans cover an expansive territory from North and South Dakota, parts of Iowa and even Canada. You can bet Target Field is always packed with fans from every part of the territory who have traveled for hours all to cheer on their home team. Twins have the best fans who love a solid team, and they aren’t afraid to show it.

Baseball wouldn’t be the same if we didn’t have some healthy rivalries to make the games more exciting. For Twins fans we’ve got a few rivalries to get passionate about with the Chicago White Sox, Detroit Tigers and New York Yankees. Watching games with our favorite rivalries can make you a bit crazy, but that’s what fans love about being a baseball fan.

Each stadium has the classic stadium fare like popcorn, peanuts and nachos, but you’ll also find favorite foods that tell the story of where your team is located. For Minneapolis fans, the best game food is Tony O’s Cuban Sandwich — if you’ve had it before, then you know it’s magic. If you haven’t had this Cuban, visit Target Field for a game and visit sections 111 and 309.

For when you can’t make it to a live game, the best way to watch the Minnesota Twins is with a beer and a slice at Tasty Pizza in Minneapolis, MN. We have over 18 kinds of local beer on draft and offer weekly events including bingo and trivia. Check out our website to learn more or to view our upcoming events.