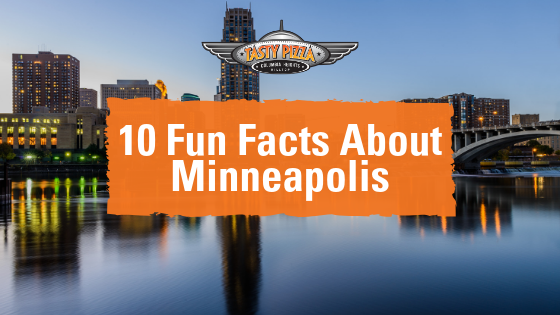 If you don't spend a lot of time thinking about how amazing Minneapolis is, you should probably start! This city of skyscrapers, lakes, rivers, and beautiful green spaces is also home to some serious history and cultural inventions.

Here are ten fun facts about the fair city you may not have known:

Bonus fact #11: Our city makes it easy to eat delicious food, and Tasty Pizza has the best pizza in the state! Order online today to see for yourself. Our pizza is the perfect treat to celebrate our fair city.